The Sculthorpe Murder by Karen Charlton

Another enjoyable installment in the Detective Lavender series. I must confess, I found myself feeling more like the first book with this one. Enjoyable, if predictable, mystery and very little connection to the characters, unlike book 2, where I felt a better connection to the characters. Though it is not as good as book 2, the mystery is very complex and fun, even if it’s a bit easy to guess what’s coming. That said, there were are few twists and turns that definitely caught me out, so again, NOT a bad book!

I would definitely recommend it to mystery lovers.

The Sans Pareil Mystery by Karen Charlton
My rating: 4 of 5 stars

The second installment of the Detective Lavender series was actually a less interesting mystery but a better book than the first. A woman is found dead and a twisty, turny, ever-changing plot that’s mostly predictable follows. The first mystery had a bit more MYSTERY to it, but this one was better written and a lot more in depth into the characters. Though I saw every twist and turn coming in THE SANS PEREIL MYSTERY, I actually cared about the characters more this time.

Unlike the first book, Lavender was more accessible and more easy to relate to as a real character. In this story, I found myself actually caring what happened to him. His personal struggles were heartfelt and I actually cared about Magdalena and his relationship with her. In the first book, I remember mostly only caring about Woodes and the side characters, but this time, I really cared about Lavender, Woodes, Magdelana, and even Teresa and Betsy. I feel like the author really found her groove in writing characters as people not as plot pieces for this novel, and it was a far better attempt than the first.

The mystery is interesting enough. All of the twists and turns are very clearly telegraphed along the way, so it isn’t an edge-of-your-seat thriller, but it’s still worth reading. I was never bored, which is reasonable enough.

I would definitely recommend this one to others who like an easy read in historical fiction.

Catalyst – A Rogue One Novel by James Luceno
My rating: 3 of 5 stars

This was a struggle to get into, but it was worth reading. I didn’t actually finish it before seeing Rogue One but that’s okay. For the most part, it’s a pretty decent read. It’s separated into 3 parts and if you can get through the VERY slow and very large Part 1, Part 2 and Part 3 are far more palatable.

The problem is that there’s so much information the reader needs to be given, so I don’t think anything could have been left out, but it was such a tedious journey to get through all of the information at the beginning. Once you get into Part 2 and Part 3 where all of that information starts becoming relevant, it’s a solid read, but that Part 1, man. That was a struggle. I had to MAKE myself read a certain number of pages every day, but I didn’t want to.

But like I said, once you get past Part 1 it’s enjoyable to read and you actually WANT to read it.

I would recommend reading this book if you watch/watch to watch Rogue One. 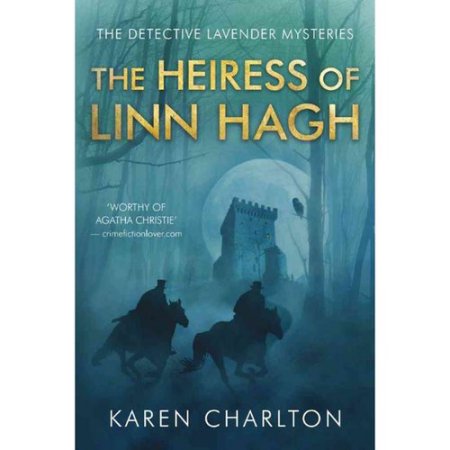 This was a good enough read. It isn’t anything special, but if you like a good, straightforward mystery, this won’t disappoint. Lavender’s going on about every woman’s appearance and whether she’s attractive got old, and I was very surprised to find the author isn’t a man with that being the case, but it wasn’t enough to take me out of the story.

The plot twist was actually pretty good, and the reveal about poor Mathew’s injuries was absolutely heartbreaking.

All in all, it was a good read and I will be reading the subsequent Detective Lavender books. I only give it 3*s because I’m hard on books and this, to me, was an average read, so it gets an average rating.

Not really a review as much as a ‘hey, read this!’ but I just learned how to auto-post my Goodreads reviews to my blog, so this is probably gonna become a thing in the future! Hopefully next book I read will have an actual review to it besides “I loved this book, you should, too!”

The Haunting of Hill House by Shirley Jackson
My rating: 5 of 5 stars

This was an absolutely incredible thrill ride! The vivid imagery, the intense emotional moments, all of it is absolutely wonderful! A perfect book to read for October. So glad I finally read this.