But it’s SOMETHING. I only wrote for an hour today. *sigh* 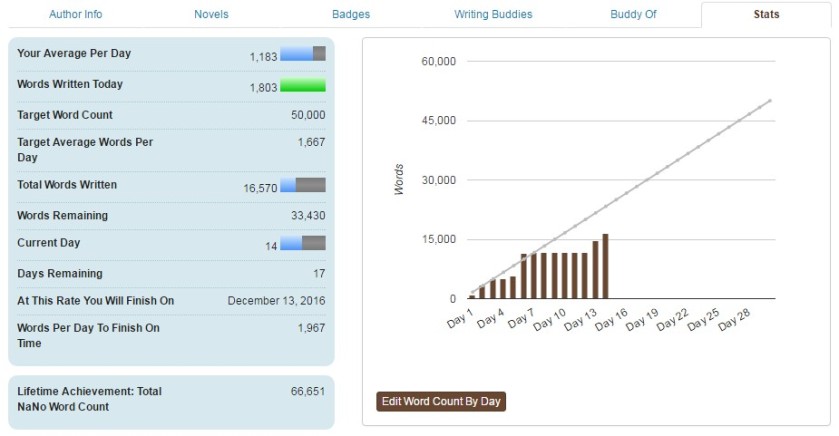 I was lazy again. I didn’t start writing until after 11pm, so the fact I got that to turn green is a freaking miracle. BUT! I got it to turn green!

One thought on “NaNoWriMo Day 14: Not The Progress I Wanted…”